Enjoy all the flavor you love in a Butterfinger Candy Bar in a creamy fudge made using peanut butter and candy corn. This microwave Butterfinger Fudge is fun to serve at a Halloween party or to give as gifts for Christmas. 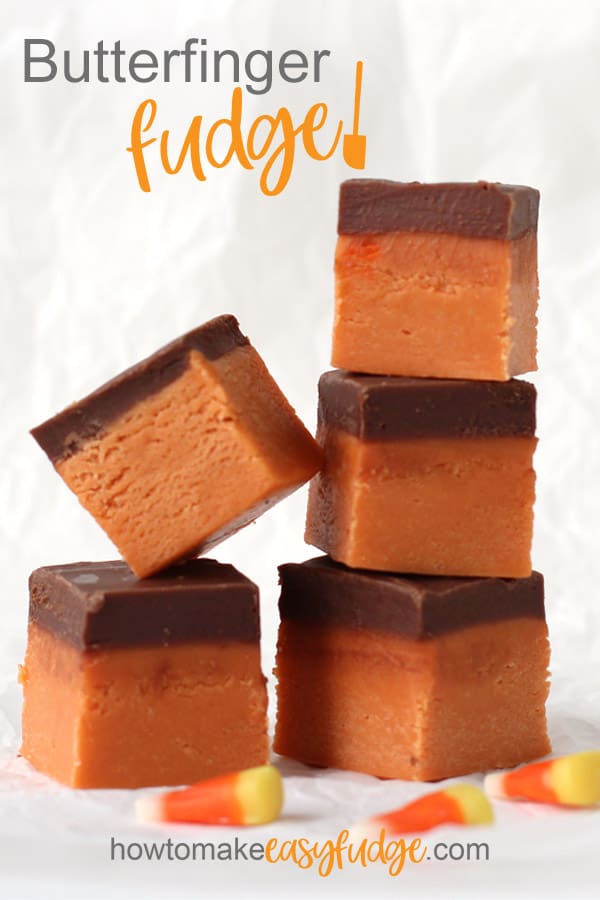 If you are a fan of Butterfinger Candy Bars you are going to love this Butterfinger fudge. It has similarities to Peanut Butter Fudge, but is made using candy corn which makes this fudge taste really similar to a Butterfinger.

I personally cannot get enough of this homemade candy. I love that the fudge is soft and creamy with just a slight chew in comparison to the crunchy and somewhat sticky candy bar.

Have you ever tried making your own homemade Butterfinger Candy Bars? It’s a super easy 2-ingredient recipe that requires you to melt candy corn with peanut butter. When combined you get the flavor and texture of a Butterfinger. It sounds weird but it really works. 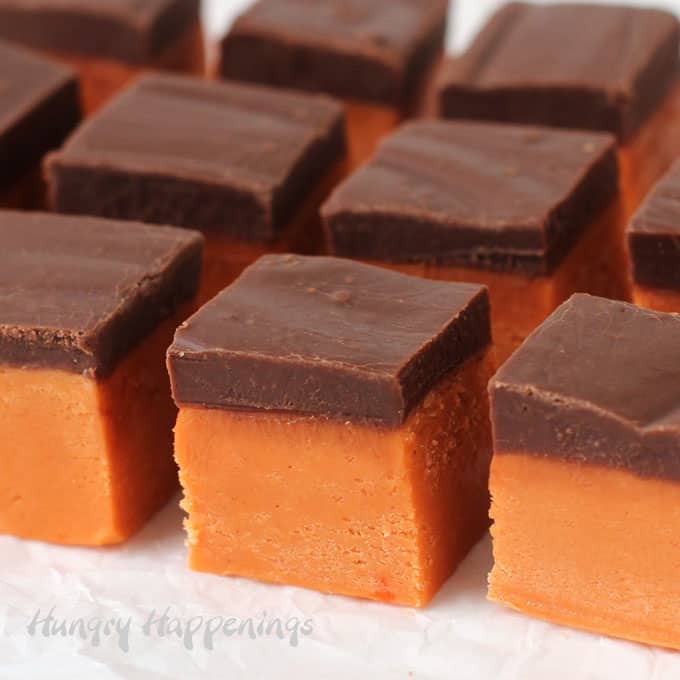 Well, this recipe takes that idea one step further by making a creamy fudge flavored like a Butterfinger without actually using any candy bars.

When I decided I wanted to make homemade Butterfinger Fudge I first checked online to see what was already out there and found a wonderful recipe on Crazy for Crust that requires you melt the candy corn, peanut butter, white chocolate and sweetened condensed milk on the stove which can take quite a while. I tried it and it took over 30 minutes but I loved the flavor so I was determined to make this recipe easier.

Being we are all about easy fudge here, I just had to speed up this process so I chose to use the microwave. I first, broke the candy corn into small pieces then I stirred the sweetened condensed milk into the candy corn and heated it for 1 minute bursts of high power, stirring after each, until the candy corn melted.  It took about 7 minutes in a 1000 watt microwave.

I actually didn’t melt the candy corn completely because I wanted to have some small candy corn pieces showing in my fudge. Another 30-60 seconds would have melted them completely.

Butterfinger Fudge would not be complete without some milk chocolate, in my opinion, so I added a layer of creamy chocolate ganache over the orange colored fudge. I love the flavor of ganache but it does have a limited shelf life of 2 weeks.

If you need your fudge to last longer to give as Christmas gifts, for instance, you can top it with our milk chocolate fudge recipe. Cut the ingredients in half to make just enough to top this Butterfinger Fudge. 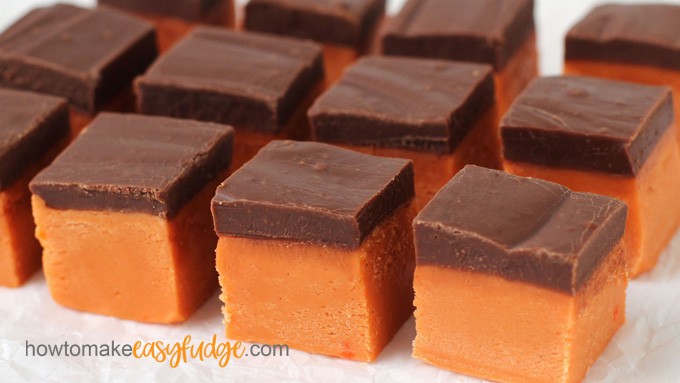 How to make Butterfinger fudge:

How to make milk chocolate ganache to layer on the fudge:

There are several different methods to making chocolate ganache the easiest of which is to melt both the milk chocolate and heavy whipping cream in the microwave.

This fudge has a slightly chewy texture so when cutting, I suggest you clean the knife in between each cut. 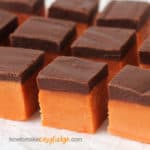 Butterfinger Fudge made using candy corn, peanut butter, white chocolate, and peanut butter layered with milk chocolate ganache tastes so much like a Butterfinger Candy Bar and can be made easily in the microwave. 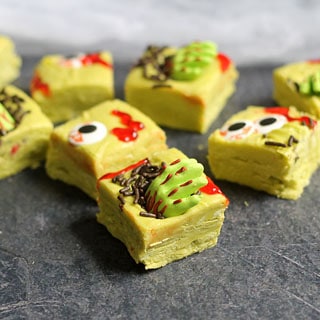 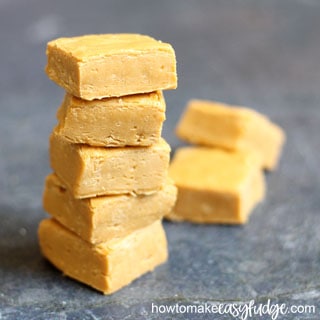 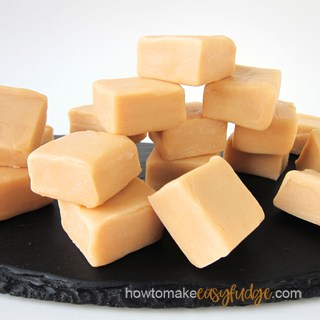 If you have any questions or would like to tell us about your experience making this easy fudge recipe be sure to leave a comment below. Oh, and don’t forget to rate the recipe using the star rating system. Thanks for sharing this recipe on social media using the share buttons too!

Get our new Easy Fudge Recipes via email! 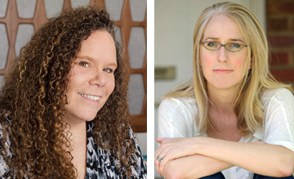 Hi, we are Beth and Meaghan and we want to teach you how to make easy fudge. We are recipe developers and cookbook authors who love to make sweet treats. Read more about us >>>

Get our new Easy Fudge Recipes in your email inbox!

Search for fudge by flavor… 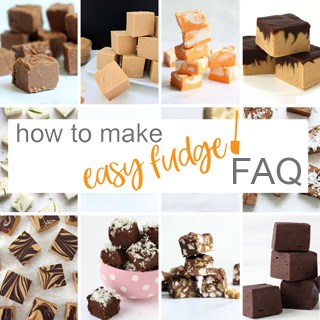 As Amazon Associates, we earn from qualifying purchases.